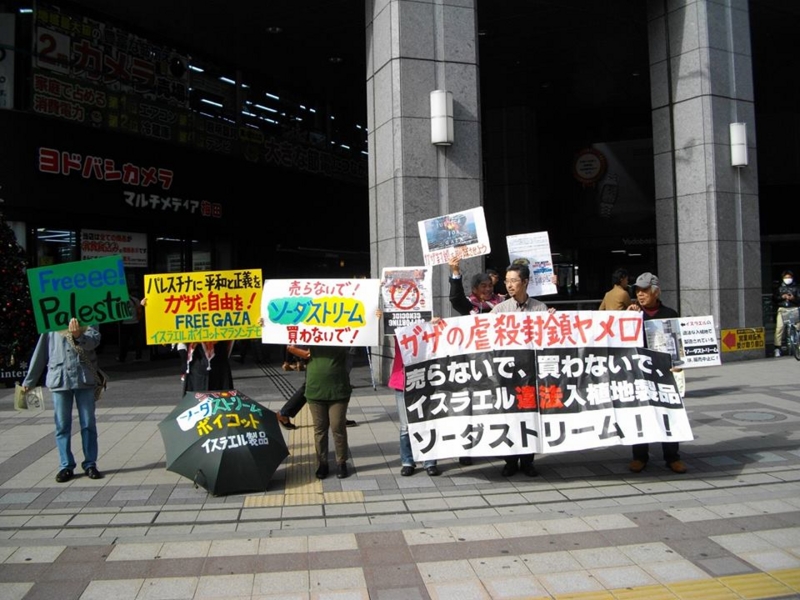 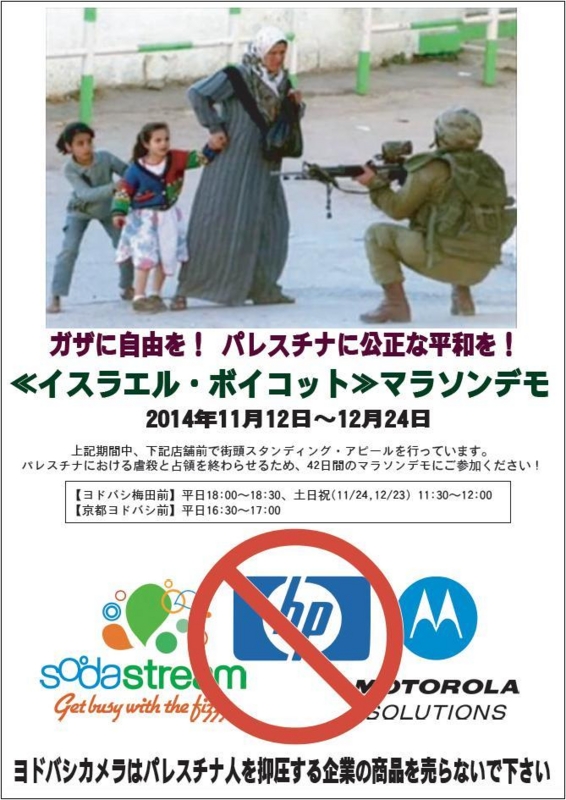 Stop SodaStream Campaign Japan and some other civil movements jointly started the 43 days consecutive demonstrations in front of Yodobashi stores in Osaka and in Kyoto at November 12, demanding not to sell SodaStream and Hewlett Packard's products and to end the contract of Motorola Solutions's storage system.

SodaStream is made in the illegal Israeli settlement. Hewlett Packard provides and maintains an automated biometric identification system installed at Israeli military checkpoints in the occupied West Bank. And Motorola Solutions provides radar detectors' system in some 20-47 Israeli settlements.

Yodobashi is one of the main consumer electronics retail companies in Japan. The campaign will continue until December 24, targeting the most selling season in Japan.

The "Marathon Rally" also requests Yodobashi not to sell Sony's products until Sony make clear of the suspicion of profiting from the Israeli war crimes by investigating the case that Sony's CCD camera was installed in the weapon which was found in the totally destroyed Kuza'a village in Gaza during the last Israeli massacre.

After Netanyahu visited Japan and met with PM Abe in May 2014, the two countries rapidly strengthening the bilateral relationship especially in the fields of security and military cooperation. This move is closely related to some hawkish policy changes in Japan, such as the legislation of the state secret protection bill, the establishment of the National Security Council and the abolition of the three principles banning arms exports.

Now we need big mobilization to the "Boycott Israel Marathon Rally" to stop the war-crime cooperation between Japan and Israel!!